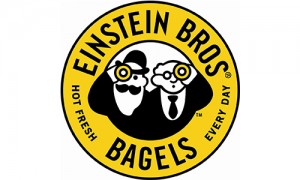 The estimated initial investment for potential franchisees looking to develop Einstein Bros. bagel franchise locations ranges from between $492,050 and $883,350. The franchise fee for a single restaurant is $35,000. Additionally, franchisees are required to pay up to a 5% of gross sales royalty to cover additional costs including promotion and advertising. The minimum net worth and asset liquidity that are required of potential franchisees who want to own and operate Einstein Bros Bagel business franchises is $1,000,000 in worth with a minimum of $400,000 in available asset liquidity. Potential franchisees need to be aware of the fact that Einstein Bros. does not offer financing of any kind at this time, which means it is the duty of the franchisee him or herself to seek out and find franchising prior to applying for a franchise consideration.

The Einstein Bros. Bagel Company currently operates franchises in all fifty states, with franchise opportunities available in 49 of 50 states, and the District of Columbia. Initially the Einstein Bros. Bagel company is geo-targeting specific regions in the United States, but will eventually be branching out to include all states in the Nation, and possibly even expanding from that point. While the current development for the Einstein Bros. Bagel company does not include international offerings of any kind, there is no doubt that the company will eventually explore business franchise opportunities in other countries as well, including Canada and Mexico, for example.

Einstein Bros. Bagel restaurants does not make it mandatory that you work in the store on a daily basis, though it is recommended that you play a significant part in your business, as each restaurant needs to have a full-time operating partner, who is a qualified general manager and can pass the Einstein Bros. certification requirements. You or someone you partner with should be able to and prepared to manage the business at all times. Additionally, the average Einstein Bros. Bagels franchise location requires a staff of between 15 and 20 full time and part time employees.

Coffee Franchise Reviews is not actively submitting franchise applications to this company at this time. Please browse our other top franchises, which are currently accepting new franchising opportunity applications.